APIDA: Asian Pacific Islander and Desi American. This sub-section of our libguide expands on South, and South East Asian identities that comprise the wider APIDA diaspora across several ethnic, regional, and religious cultures.  Too often, far-Eastern countries in Asia dominate history, popular culture, census/demographic data ergo public resources, and political awareness of what it means to be "Asian." Our work group sought out broader and inclusive APIDA models grounded in intersectional understanding of distinct cultures in the wider APIDA diaspora. This section seeks to incorporate and further challenge reductive bias and colorism, and to amplify more South East Asian voices.

Via the Northwestern University APIDA Staff Affinity Group page: Who is APIDA?

Intersectionality: Across the Far East and South-East Asian Diaspora

This page especially owes its analysis and cultural nuances among APIDA cultures to Critical Race Theory and third-wave Black Feminism's framework of "Intersectionality": coined by lawyer and academic Kimberle Crenshaw over 30 years ago. This isn't an exhaustive guide, but we hope it can highlight resources, voices, and foster discussion of expansive APIDA identities (Intersectionality-article linked below)

"When you look at Muslim scholar Dalia Mogahed, what do you see: A woman of faith? A scholar, a mom, a sister? Or an oppressed, brainwashed, potential terrorist? In this personal, powerful talk, Mogahed asks us, in this polarizing time, to fight negative perceptions of her faith in the media -- and to choose empathy over prejudice" (TED Talk video link HERE)

In "THE 99," Naif Al-Mutawa's new generation of comic book heroes fight more than crime -- they smash stereotypes and battle extremism. Named after the 99 attributes of Allah, his characters reinforce positive messages of Islam and cross cultures to create a new moral framework for confronting evil, even teaming up with the Justice League of America (Ted Talk video link HERE) 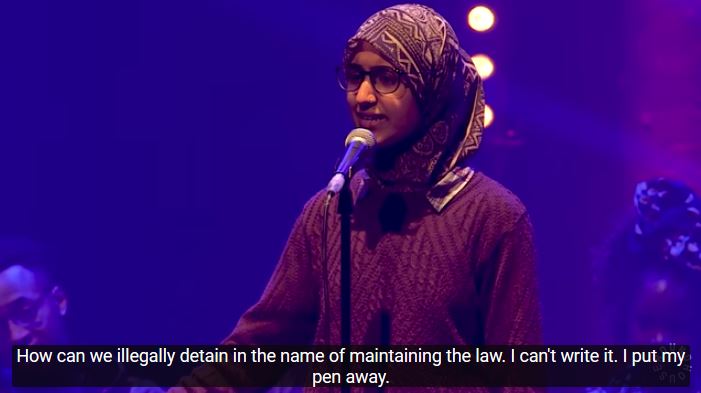 "Muslim Slam Poet: 'If You Need Me To Prove My Humanity, I'm Not the One Who's Not Human': (Seattle-based!) Suhaiymah Manzoor-Khan's powerful poem isn't about humanizing Muslims" (Huffington Post article and video HERE)

A potential place to pray on campus could be Highline's Quiet Reflection Room (click for web link), open to all. "It is located on the north side of Building 23, Room 114. This space is open to all members of the Highline College community, including students, faculty and staff. Verbal meetings, conversations, or dialogue are prohibited in this space. This space will not be reserved for campus programming" and is brought to you by Highline's Multicultural Affairs (link)

"The Muslim Community Resource Center (MCRC) is a service organization led and managed by a group of community volunteers passionate about helping the less fortunate in our community. We are a volunteer based non-profit organization started in 2010 that provides a common platform for Muslim community service engagement. We partner with like minded faith based organizations (Muslim & non-Muslim), city & local services, assistance providers to serve community needs. Our focus is to connect those in need with relevant resources and service providers in our community" (website HERE) 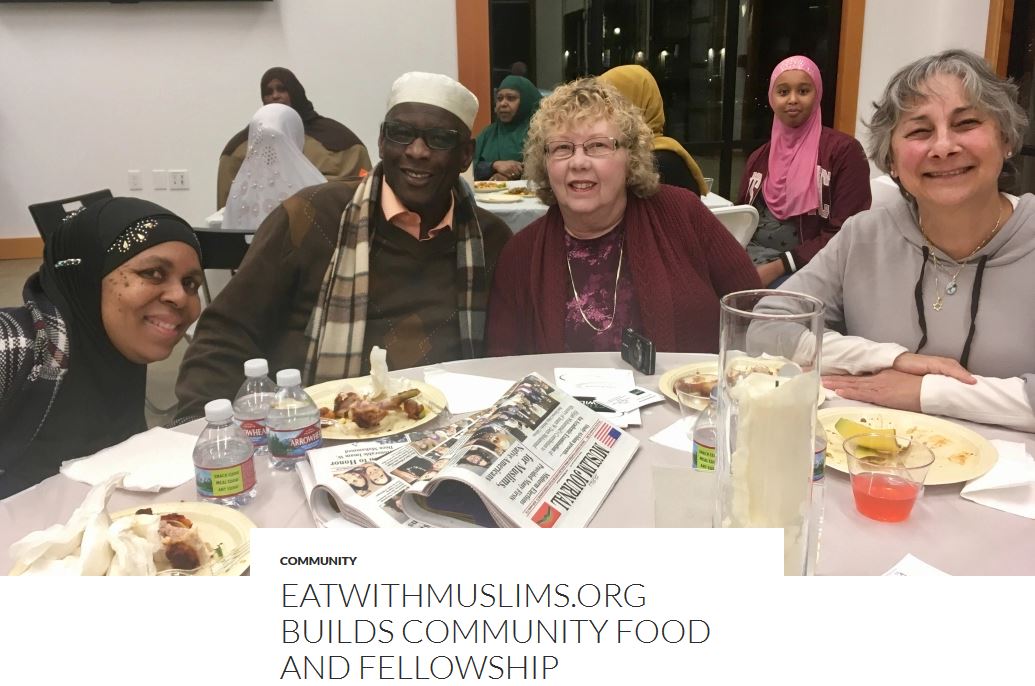 Eatwithmuslims.org Builds Community Food and Fellowship by "connecting communities through food and storytelling" (South Seattle Emerald Newspaper article HERE). "Founded by Fathia Absie and Ilays Aden, two Muslim women based in Seattle, EatWithMuslims.org (website link) forwards a simple premise: sharing a meal with people from a different background than your own and listening to their stories can help build community in an increasingly divided world. After the negative rhetoric that emerged from the 2016 Presidential election, Absie and Aden were compelled to create a space where Muslims could rewrite the one-sided narratives being propagated in the media by interacting with non-Muslim neighbors in a friendly, welcoming environment..."

"IPIC is a non profit Muslim organization dedicated to providing Islamic information to Muslim and non Muslims alike. It was established by brother Khaled Jaber Al-thani Rahamaho Allah who passed away in 1998" (website HERE)

"Since 1999, Muslim Housing Services (MHS) has served low-income and homeless families in Seattle and throughout King County. We were founded due to the urgent need of culturally and linguistically competent programs and staff, after noticing that many families were not able to access mainstream services. Many of our clients are from refugee and immigrant families, especially those from East Africa and the Middle East. We happily serve anyone who qualifies for our programs regardless of background" (website HERE)